On March 5, 2015, Premier Li Keqiang pointed out in his government work report that it must iron-handedly manage environmental pollution, control engine exhaust, and actively respond to climate change. However, on the second day after the publication of the government work report, the PM2.5 index of many cities across the country was still â€œspreadâ€ and was deeply swayed by haze. The public opinion is constantly chasing the issue of atmospheric pollution and it has become a topic that all of China has been unable to circumvent since the beginning of the 2015 New Year.

According to the contents of the government's work report, this year, the intensity of carbon dioxide emissions should be reduced by more than 3.1%, chemical oxygen demand and ammonia nitrogen emissions must be reduced by about 2%, and sulfur dioxide and nitrogen oxide emissions must be reduced by about 3% and 5% respectively. For the internal combustion engine industry, what are these seemingly distant macro targets and data indicators? Wang Ning, general manager of Dongfeng Cummins Engine Co., pointed out that behind these seemingly abstract indicators, internal combustion engine companies need to achieve effective emissions through effective technical support. The concrete work of the standard upgrade. One of the most urgent basic tasks of the internal combustion engine industry is to ensure the smooth implementation of the Fourth National Standard in accordance with national regulations. 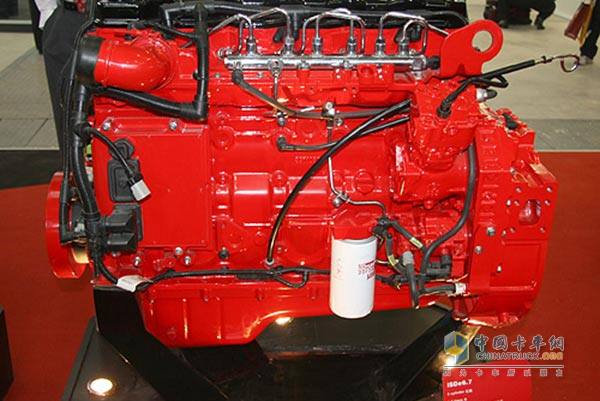 As an engine company with advanced technology, superior production technology and an international vision, Dongfeng Cummins keeps on upgrading its technology and always remembers its mission as a responsible corporate citizen in environmental challenges. The core of the National IV upgrade is the breakthrough in engine technology, especially the application of post-processing technology. To tie in with the national policy of energy conservation and emission reduction, Dongfeng Cummins adopts the world-leading Cummins SCR aftertreatment system. After the common rail system is injected into the combustion chamber, the exhaust gas is discharged into the exhaust system. SCR uses a urea injection system to inject the urea solution into the exhaust system. The gas system is decomposed into ammonia in the exhaust gas stream and reacts with the nitrogen oxides under the action of the catalyst to convert it into harmless nitrogen and water.

It has become a consensus that high-standard engine emission reduction technologies can improve air quality. How can this high-level technical reserve specifically bring about environmental improvements? Dongfeng Cummins has used experimental results to prove that common-rail fuel systems and suitable After the post-processing technology, from the standard speaking, from the national three to the national four, the nitrogen oxide value decreased from 5.0 to 3.5, a decrease of 30%; particulate matter decreased from 0.1 to 0.02, a decrease of 80%. This 80% of the huge decline, eliminating the fog is we are no stranger to the culprit - PM2.5. The national five emission standards are more stringent based on the Euro V standards, and the PM limit is 0.5 mg lower than the Euro 5 emission standard, which further reduces the threat of environmental pollution. Dongfeng Cummins not only fulfills all the country's four emission standards, but also is involved in the development and production of the five products that are involved in the country. The relevant products cover engines ranging from 140 horsepower to 375 horsepower, while satisfying domestic and overseas market orders. As early as 2013, Changzhou Public Transport put 51 "super environmental buses" equipped with Dongfeng Cummins Five products.

The reason why Dongfeng Cummins can achieve early product upgrades is due to its abundant technical reserves and experience in emission control, quality management, and cost control. The technical tool for the five countries to help reduce emissions - the technical core of the five key engine systems are from the parent company Cummins of the United States. As the only global company with all key subsystems of the engine, Cummins has provided customers with "one-stop" product solutions, with its focus on in-cylinder combustion optimization systems, Cummins fuel systems, Cummins turbocharger technology systems, and electronics. The control system, Cummins Filtration System and Cummins Emissions Processing System ensure the optimal integration of key systems. Dongfeng Cummins III, IV, and V emission engines are derived from the same basic platform development and have strong inheritance. When upgrading to the national V standard, it is only necessary to adjust the injection pressure of the fuel system and upgrade the electronic control system to achieve the further assurance. The reliability of the engine. In addition, as early as two decades ago, the U.S. government had already passed the EPA emission regulations to control motor vehicle emissions and improve urban air quality. Cummins has therefore had nearly 20 years of emission control technology research and application practice. Dongfeng Cummins inherited Cummins's leading technology and superior production technology, and relying on the parent company's powerful R&D resources, according to China's actual situation, put forward the most appropriate power technology solution.

In this way, the direct link between the upgrading of the emission technology of internal combustion engines and the improvement of peopleâ€™s daily living environment is obvious. However, it is worrying that the current high vehicle emission standards in the Chinese market are not very high. According to the 2013 Annual Report of China's Motor Vehicle Pollution Prevention and Control issued by the Ministry of Environmental Protection in early 2014, only 10.1% of vehicles in China that meet the National IV and above standards are motor vehicles. Government inspections and media reports from various localities also revealed that currently there are still fake products in the market, making users difficult to distinguish between true and false.

In fact, the purchase of four fake cars in the country poses great social harm. The pollution of Fake IV is even higher than that of the engine of the Second National Cheng Kung University; and for the users, the use of the fake four models cannot meet the standards in the annual emissions of vehicles. Use brings a lot of trouble. Dongfeng Cummins has a strict quality control system and practice guidelines to produce and sell the real four products. Dongfeng Cummins uses the SCR or EGR technology route to improve fuel economy with computer-controlled precision injection. In this way, on the one hand, the environmental protection function of high emission standard products is effectively implemented and implemented. On the one hand, the long-term cost is also used to improve the performance of the entire vehicle and use electric control functions to regulate driving behavior, thereby reducing maintenance and operating costs and reducing user costs. expenditure. Dongfeng Cummins application engineer said that as long as they have a certain basic knowledge, the user can distinguish between true and false. The first is to find the common oil supply pipe directly above or on the side of the engine and check if the common rail is high pressure. At the same time, for the SCR's National IV engine, there is a can-shaped post-processing device and various sensors on the vehicle; the EGR engine is to see if there are two cylindrical can-shaped devices on the exhaust pipe from the lower side of the vehicle. For muffler and doc+poc post-processing system.

"A mature and leading engine company must not only cooperate with national targets for energy conservation and emission reduction, but also form a strategic link between technological accumulation, innovation, and sustainable development of the environment. We must think ahead and take precautions to become the leading force in the development of the industry. China's engine industry is ushering in a brand new era." Wang Ning said, "As a company that has long been committed to providing optimal benefits to users, and is playing an optimal value for society, the long-term accumulated technical advantages of Dongfeng Cummins will be An important transition period is reflected to help customers achieve the best balance of environmental protection, reliability, fuel economy and cost while performing emission upgrades."

Dongfeng Cummins not only has the technical ability to achieve emission upgrades for its customers, but also actively cooperates with customers' specific needs in the upgrade phase and creates customized optimization solutions for customers' energy-saving goals. For example, Dongfeng Cummins, as an important partner in the energy conservation and environmental protection application research project for express logistics vehicles co-sponsored by vehicle manufacturer Dongfeng Liuzhou and a Shanghai express customer, has undertaken the task of improving fuel economy in the project. Dongfeng Cummins's team of experts quickly analyzed the user's specific operating conditions, vehicle structure, operating environment, and current operating cost components, and proposed an optimization plan from the wind resistance of the vehicle and the electronic control system. The fuel consumption improvement effect is nearly 10% under the premise of fully satisfying the power of the entire vehicle.

The blue sky, white clouds and fresh air are the cravings of every Chinese. With the accelerating pace of national governance of atmospheric pollution, efforts have been continuously strengthened and everyone is working together to cope with haze. Dongfeng Cummins has full confidence in the determination of the community to control haze and the beautiful "Green China" vision. â€œWe are ready to fight for haze for a long period of time, and engine companies are dedicated to combating haze, which is backed by technology. Dongfeng Cummins will continue to carry out technological innovations to develop products that meet the higher emission standards and are loved by consumers. Let the fight against smog do not stop at the slogan," said Dongfeng Cummins Wang Ning.

We are professional manufacturer of Injection Moulding Machine from China,servo Injection Moulding Machine is energy saving injection molding machine,which are euipped with encoder and pressure sensor, both of them had close feedback for flow and pressure. servo motor makes corresponding flow and pressre adjustment to reach the effects of close loop precision control and electric saving.
DO BEST,TO BE GOOD